Pets are some of life's greatest pleasures. From walks in the park to protecting your home to playing fetch in the backyard, pets can be a real blessing. It's only when owners neglect to properly train an animal that things get dangerous. There are some breeds and types of dogs that are simply more dangerous than others, and that's the point where an everyday bystander could suddenly become a victim of a debilitating and frightening dog bite. A dog bite can not only leave scars physically, but the experience can leave mental scars that can be even harder to recover from — possibly ruining your trust for the animals in the future, even your own.

While fatal dog maulings are very rare, dog bites are a fairly common occurrence in the United States. This can be for a number of reasons, but mostly it is just in the evolutionary nature of the dog. Any country with high rates of dog ownership experiences fairly high levels of dog bites compared to countries where dogs are less prominent. Dogs evolved as predators of the plains and woods and they typically did not have a plant-based diet. As such, even if the biting wasn't used for hunting food, they had to use their teeth to fend of predators who meant to do them harm. Today, some part of the dog is no different. While they look and act extremely different from their evolutionary counterparts from thousands of years ago, they still have mechanisms they use to defend themselves when they feel threatened or provoked.

Although Common Dog Bites Can Be Severe, You May Need A Dog Bite Attorney To Fight For You!

Even though this instinct has been ingrained in them over the years, it doesn't mean it's okay. Mankind has had to kill for survival over the millennia, but unprovoked killing is one of the most serious offenses in our criminal justice system, and rightfully so. Owners have no right to let their dogs get to a position where they can bite you. Whether they've shown that behavior in the past or this is the first time it's occurred, the dog's mental reason for biting a person is less important than the fact that the owner's negligence allowed this to happen.

As released in a study from the Center For Disease Control, around 4.7 million dog bites occur in the United States each year. Out of those bites, around 800,000 of those bites result in medical care. This means that it happens more than you may think, and regardless of the circumstances, the fault falls on the owner. If a person's dog bites you, you should be entitled to compensation for the physical and mental damage that the bite leaves you with. Due to the sheer exposure most people have with dogs everyday, a bite can leave a debilitating effect on the rest of your life.

CAN DOG BITES BE AVOIDED?

While there is no guaranteed way to prevent every aggressive dog from biting, here are some practical suggestions for protecting yourself and others from aggressive dogs in most circumstances:

To avoid a lawsuit, dog owners in Louisiana should also become familiar with state laws and with local ordinances regarding dogs and their owners.

Just like humans, there are going to be some dogs that are just plain bad seeds. A combination of factors can contribute to the likelihood of biting a person. Dogs are a product of how they are raised. If they were raised in an abusive or violent household, they may be more likely to strike out of a reaction to their previous experiences. Even when they are moved out of that situation and either placed into a new loving home or are left to their own devices on the streets, these instincts still remain deep inside. The hard truth is that they're hard to change. When a dog grows up learning to bite as either a defense mechanism or as a good thing, as some areas of the country still practice illegal dogfighting, they will revert to their old habits when the desire hits.

With the United States population sitting at well over 300 million this year, the statistics come back to show that about 1 out of every 69 people will get bit this year alone. While most of these occurrences may be provoked for whatever reason, dog bites certainly happen randomly and without warning. This is when they are most scarring. For certain breeds, they may be more prone to biting just by their very nature. Over time, people have bred dogs for specific reasons. Whether they were bred down the line for their looks, their hunting abilities, their protection skills, or any number of other reasons, there are some dogs that lash out more than others.

The Breeds That Bite The Most

These numbers, while factual, should be looked at objectively. Just because a dog can bite, it doesn't mean it will. There's no reason to view Pitbulls as monsters just because they are shown to lash out more than some other breeds. With that in mind, most dog bites will not even result in medical attention. In fact, 81% of dog bites cause no injury whatsoever. Most bites will be surface-level and serve as a warning for the receiver to stop whatever it is that they were doing, whether they were approaching their owner too fast or stepped on the dog's paw by accident.

Even so, if you are bitten and need to seek treatment for any type of injury, either medical or mental, it's important that the owner receive repercussions for their actions. Dog owners must be aware of what their dog is capable of. If it has seriously bitten people in the past, then it shouldn't be walking the streets, to begin with. When a dog bites and gets away with it, this can show the dog that it is okay to repeat this behavior in the future. This is simply unacceptable. For some breeds, if they get a taste for biting, this can lead to an even more serious attack in the future. While a cute little chihuahua giving you a bite on the finger a couple of times may not be a big deal, a pitbull getting a taste for violence can often lead to deadly results when it goes that far. No matter what type of dog bites you, it's important to let the proper authorities know so that it won't happen again. Further, you need to do yourself a favor and reach out to an experienced injury law firm. Here at Blase Inzina Injury Attorneys, we have handled countless numbers of these cases and we have the industry know-how to get you the compensation you deserve for your pain and suffering. 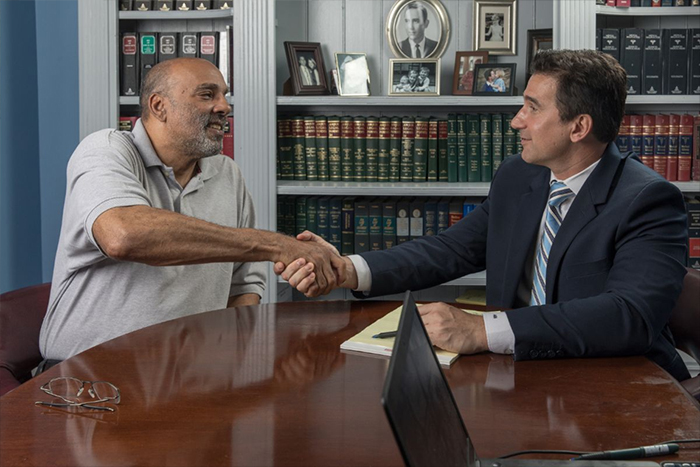 We stop at nothing to get justice for our clients. Nobody has the right to cause you pain and suffering, especially not a negligent pet owner. We've been effectively handling injury cases for the last 15 years, and in that time we've seen just about every case imaginable. We can work with you to find the best possible solution for your unique needs, no matter if it's getting you an appropriate settlement or helping you get social security disability to help pay the bills. To find out more about what we can do to help, give us a call today at (337) 347-7177. Lawyers will be standing by to get you the help you deserve.