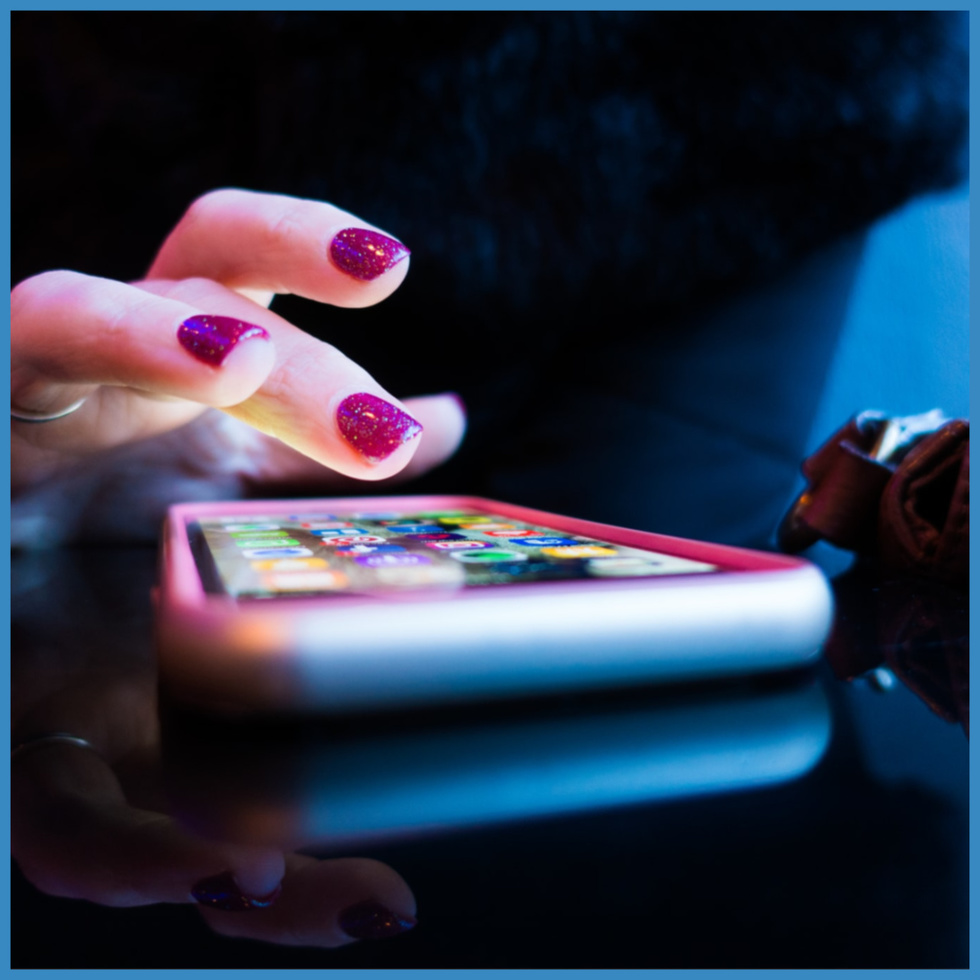 We say it all the time…how did we ever survive without cell phones? How did we find anything without the maps app? How did we let someone know we were just late and not dead on the side of the road? How did we call the police when there was a wreck?

There are major benefits to having a cell phone. So many that not having one can be really limiting in today's society.

However, we all know that cell phones are equally as dangerous as they are beneficial, especially while driving.

According to the United States Department of Transportation, cell phones are the cause of at least 1.6 million car crashes every year. The scary thing is that estimate is probably far less than the actual number because it's a self-reported statistic. In other words, it relies on drivers to report that they were using a cell phone when a crash occurred. And let's be honest, are you really going to admit that when you have an officer staring down at you asking what happened? Probably not.

And while teens are definitely not the only offenders, it's even scarier when teens use phones while driving because they are simply worse drivers, to put it plain and simply. We aren't picking on teens either. Even the most responsible, careful teen driver has to contend with biology when it comes to their driving skills. For one, a teen driver's reaction time in a critical situation is slower than an adult's. And the part of the brain that controls a person's judgment is the last to develop. This part of the brain is not fully developed until a person is in their mid 20s.

Beyond that, teens just simply do not have the driving experience to know how to avoid crashes.

So when you combine that with what is actually a pretty deadly weapon, a cell phone, you have a recipe for disaster for teen drivers and the vehicles around them.

But What Can We Do About It?

One way to prevent teens from using cell phones while driving is to ban phones from the car. But we know you aren't going to do that because you need your teen to be able to call for help in the case of an emergency.

What you CAN do though is turn that distracting device into a distraction prevention tool thanks to several apps.

There are lots of apps out there you could use, but here are TWO that we have reviewed and that parents have said they loved.

We hear from parents over and over that Life360 is their best friend when it comes to keeping up with their teens (and the rest of their crew).

It has a lot of cool features for the whole family:

But for teen drivers, its features are even more helpful:

So while this app doesn't physically stop your teen from using a phone while driving, it does provide a LOT of information you can use when talking to them about their driving habits.

And studies show that teens whose parents are actively involved in their driving safety are significantly less likely to be involved in a deadly crash.

Money is a powerful motivator. Especially when you are a teen who doesn't have a lot of it. This app pays teens for their good driving behavior, specifically, for not texting while driving. For every mile driven without texting, the driver earns about 5 cents. And while it doesn't seem like much, knowing they are leaving money on the table may be the ticket to keeping teens off their phones while driving.

I've been using the app for about a month and have earned $64 so far. I have found that I am less likely to pick up my phone at a red light because I don't want to lose out on earning money.

The app runs in the background, so you don't have to be actively in the app for the miles to accumulate. You also have to earn a certain amount before you are able to cash out which gives the users a goal to work toward.

Like Life360, this app does not block teens from texting while driving. Instead, it uses the good ol' principle of positive reinforcement to encourage good driving behavior.

I searched high and low for an app that would essentially lock your phone while you are driving. I have not yet found an app that will do this (although there are several devices that will). But this app might be the closest thing…

This app is designed to automatically turn on when your driving speed reaches 15 mph. When activated, alerts from texts and other apps are silenced, text sending is restricted, and incoming calls are sent to voicemail. Once your speed is lower than 15 mph for 2-3 minutes, the app turns off making all of your functions available again. It can also alert parents if the app is disabled.

The problem I found is that it never actually diverted alerts or calls on my phone. It also did not restrict me from being able to make a call. After doing a little more research, I learned that the app is not able to be used in that way with iPhones because of Apple's user agreement. Supposedly it works better for Android phones.

So if you have an Android, it might be worth checking this one out. It is free to download and test, so you don't lose anything to give it a try.

I am still on the hunt for the perfect text blocker app for iPhones and will certainly update this post when I find it.

The Takeaway is This…

Distracted driving is becoming more and more of a dangerous epidemic, and cell phones are often part of the problem. However, there are many ways you can use the very device that is causing so much distraction to help your teen driver stay safe on the road. The information you can get from some of these apps can open the door for conversations about safe driving and also give you opportunities to reward your teen for good driving.

12 THINGS YOU NEED IN YOUR CAR

3 SAFETY APPS YOUR TEEN SHOULD HAVE