The Truth About Lawyer Fees 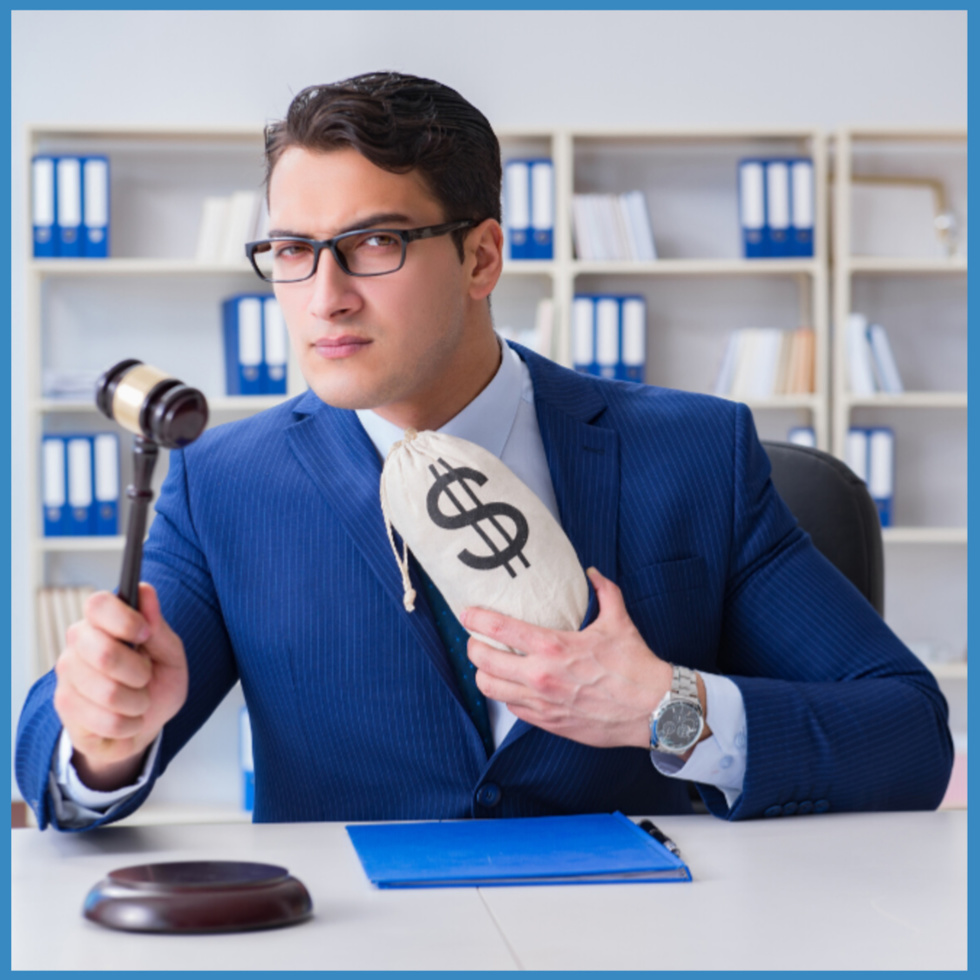 Did you know that in general, people don't like attorneys?

That's not just a guess. As much as I wish it was just a self-conscious feeling I had, it's backed up by a lot of data from various surveys and studies conducted around the country. According to the Pew Research Center, lawyers are at the bottom of the list of "professions that contribute a lot to society's well-being".

Furthermore, a study by the American Bar Association found that 69% of participants believed attorneys are "more interested in making money than in serving their clients".

But frankly, when I look at the practices of some of my fellow attorneys, I can't say I'm surprised.

Even if the way attorneys charge their clients is completely reasonable and justified, I can definitely see how it comes across as greedy at best and highway robbery at worst.

In practices where attorneys "bill hours," it's not uncommon for attorneys to pad their hours in order to meet their billable requirement or to offset the amount of hours they know will inevitably be cut by their clients.

In other practices, like bankruptcy, family law, or criminal law, lawyers may require their clients to pay for the service upfront. While you can't blame the lawyer for wanting to make sure he or she gets paid for their work, it leaves the client with little recourse if the outcome isn't what he expected.

And then in my industry, the personal injury world, attorneys work on a contingency basis which means their clients pay nothing upfront but agree to a percentage of their settlement amount being paid to the attorney for his or her work.

If the client doesn't receive a settlement, the attorney doesn't get paid for his or her work either. This is great for the client because it allows injured people to pursue compensation without having to come up with a large chunk of money upfront during a time that is already stressful and costly. But when the time comes for the attorney to take his or her cut of the settlement, it can leave clients feeling like they got the short end of the stick.

I don't work in the billable world anymore and I have never had a retainer fee practice, so I'll leave it to those guys and gals to defend their billing practices.

WHAT IS A "CONTINGENCY FEE"?

Like I said, most injury attorneys take cases on contingency. This means their fee is contingent on the case settling or resolving with a monetary award. Lots of injury attorneys use some form of the phrase, "We don't get paid unless you do" to explain this concept to clients. (We aren't fans of that phrase because it seems cheesy, but it does get the point across...)

What it also means is that injury lawyers take cases without knowing if they will ever get paid at all.

They could get into a case and learn that their client withheld information that makes their case a lot harder to prove and significantly reduces the value of it.

Their case could be assigned to a very conservative judge who is notorious for lowballing plaintiffs.

There are thousands of ways a personal injury case can go south leaving the attorney on the hook for lots of work and expenses they will never get paid for.

HOW MUCH IS THE CONTINGENCY FEE?

If a case does not settle and has to go to trial, the contingency fee percentage usually jumps up to 40%. This is because going to trial requires significantly more work, costs the attorney a lot more money in hiring experts and paying for court costs, and increases the chance that the case will not resolve in their client's favor. If it does not resolve in the client's favor, the client is typically not responsible for reimbursing the attorney the costs. *If you hire an injury attorney, check to be sure the contract does not require you to reimburse the attorney for court costs, etc. if you lose at trial.

If the case is appealed, the contingency fee percentage usually increases to 45%. Like going to trial instead of settling, appealing a case requires a lot more time and money from the attorney. It's also likely that the appeal will not be successful, leaving the attorney to eat the cost of the lost time and money spent.

WHAT IF THE CONTINGENCY FEE IS HIGHER THAN THAT?

It's not uncommon for some firms to have a higher contingency fee percentage than the standard one-third fee. Some firms require 36% before filing a lawsuit. We've even seen firms require 40%! In cases that will be very costly and difficult to prove like, for example, medical malpractice cases, that pre-suit cost could very well be justified.

However, if the case is a standard injury case with seemingly clear liability, charging a 40% pre-suit contingency fee could be considered over-the-top. Some firms may justify it because they have more overhead with their large staffs and marketing budgets. If you're considering hiring an injury attorney, this is a question you should ask.

ANOTHER QUESTION YOU SHOULD ASK IS what you will be charged beyond the contingency fee.

In most fee arrangements, the contingency fee only covers the lawyer's time and expertise. What many people don't realize is that they will also be reimbursing the firm for costs associated with the case if their case resolves in their favor.

In Louisiana, attorneys are allowed to advance the cost of the case for their clients instead of the client paying those out of pocket upfront. Those costs could include obtaining medical records, some medical treatment, court filing fees, hiring experts, and so on. These fees can add up quickly making it beneficial to the client for the attorney to front those costs. Generally, if the case does not resolve in the client's favor, the attorney absorbs those costs. But if the case results in a settlement or monetary award, those costs will be reimbursed from the settlement or award amount before the client gets his or her share.

This is where a lot of clients feel duped. They did not understand from the beginning that these costs were not part of the attorney's fees, and then when they get a settlement statement showing a large chunk going to the attorney and another chunk reimbursing the attorney for costs, it feels like they are getting double charged.

When you really think about it, it is very fair that the attorney should get paid for his or her time and expertise and should be reimbursed for the out-of-pocket expenses he or she pays so that the client doesn't have to pay them upfront. Otherwise, many injured people wouldn't be able to pursue compensation because they would not be able to pay those high costs upfront. It just sometimes seems like the attorney is getting more than his or her share because the client wasn't expecting it, which further contributes to the popular opinion that attorneys are greedy slime balls.

BUT SOMETIMES THAT OPINION IS JUSTIFIED

Again, it is reasonable to expect that the attorney should get repaid for the money they paid for the case so that their client didn't have to without knowing if they would have a favorable result.

But what is somewhat questionable is the practice of charging miscellaneous costs. Some firms will charge their clients for the office supplies they use while handling their case. Now believe me, printing costs can get really expensive. We've paid $200-$300 for copying records multiple times. But charging for the folder used to keep the records together is a little excessive. It's also a common practice for firms to charge their clients for "file maintenance," which is basically their way of getting paid for creating, filing, and refiling the client's paperwork within their own office. To me that's unnecessary, but some firms feel it is necessary because of the staff they employ to manage the files.

You may feel completely fine paying those miscellaneous charges, but it is something to look out for when hiring a firm to handle your case.

Ultimately, I think the biggest thing that turns people off from injury lawyers when it comes to their fees is poor communication upfront about how fees will be handled.

Clients often don't know the difference between a pre-suit, filing suit, and appeal fee. They also don't realize that even though they won't be expected to repay the costs of the case if they lose, they will reimburse the attorney out of their settlement amount in addition to paying the attorney for his or her time and expertise.

SO IS IT EVEN WORTH IT TO HIRE AN ATTORNEY?

Obviously I'm going to say I think hiring an attorney is worth it. Otherwise I'd probably need to reconsider my career choice.

But really, you will almost always get a better outcome for an injury case if you have an experienced injury lawyer handling the case for you versus settling with the insurance company yourself.

And that is also not just my opinion. In studies conducted by the insurance companies, it was found that settlement amounts for injury cases tend to be 3.5 times higher when a lawyer is involved versus when the injured party settles without a lawyer.

We get calls from people all the time asking if there is anything they can do if they've already settled with the insurance company on their own and then found that their injuries worsened or that the settlement didn't quite cover what they thought it would. Unfortunately, in most situations there isn't much that can be done, and people often find themselves stuck with unpaid medical bills and other out-of-pocket costs. This is because the insurance companies do not go out of their way to explain the process or help people figure out how much they should be fairly compensated. They offer a number and make it seem like it's a "take it or leave it" offer leaving the injured person no other obvious choice but to accept it. An experienced lawyer would know when the amount is the best they could do and when the insurance company really has more money available that could help the injured person become whole again.

That said, some people really want to avoid hiring a lawyer and would rather handle it themselves. We hate to see people get stuck with no way of recovering from something that wasn't their fault, so we wrote a guide on handling car wreck claims without an attorney. Check it out here.

CHECK OUT OUR OTHER POSTS:

When to Hire a Lawyer After a Car Crash

How to Negotiate with an Insurance Company